We often get asked about the key differences between the Lhasa Apso and Shih Tzu dog breeds. The two dog breeds are often easily confused because they look so similar in appearance.

One of our most asked questions is “is my dog a Shih Tzu or a Lhasa Apso?”. It’s no surprise that people sometimes make mistakes when identifying between the two, however, there are some very obvious things to look out for.

We’ve decided to outline the different points here so you’ll be uncertain no longer!

What is the history of the Lhasa Apso and Shih Tzu?

The Shih Tzu and Lhasa Apso breed of dogs have an intriguing origin. We discussed this in detail in our curious origins of the Lhasa Apso blog post. In summary, they are believed to have originated in the monasteries of Tibet.

Both breeds were referred to as little lion dogs. It is not known whether the dogs descended from a single breed or not. Many of their similarities are historic in that the Shih Tzu is believed to be descended from the Lhasa Apso.

The Lhasa Apso was favoured within the Buddhist monasteries as a small sentinel dog which would warn about any approaching threat. This is where they get their reputation for being fierce little guard dogs.

They are bolder and more suspicious of strangers than Shih Tzus as a consequence. The Shih Tzu tended to be more playful and affectionate, which makes them more suitable as a companion dog.

What are the differences between the Lhasa Apso and Shih Tzu?

It can be extremely difficult to identify accurately one breed from the other.  The technical aspect of the differences can be quite daunting. So we will continue without too many statistics and complicated methodology and concentrate on the things we all see when we compare one dog with the other.

The most obvious similarity between the Lhasa Apso and the Shih Tzu is their long coat of hair and all round fluffiness. Both breeds are therefore very demanding where grooming is concerned.

Despite this similarity, the coat is actually one of the ways you can tell the breeds apart. Lhasa Apsos are characterised by an obvious side parting of the coat with hair that is straight with black tips on muzzle and ears.

Their coat is heavy with their hair falling over their eyes. The Shih Tzu has a double coat, flowing tresses of long hair with a slight waviness to it.

Lhasa Apso dogs have a narrower head and a longer nose with smaller eyes. Shih Tzu’s are characterised by their broader domed skull. Their eyes are larger, rounder and set wider apart.

Another key feature of difference is that Lhasa Apso dogs tend to be fuller in the face, with the muzzle and beard being the main area where this is noticeable.

One of the most noticeable differences is that the Lhasa Apso is bigger than the Shih Tzu. However Lhasa Apsos have a smaller skeletal structure making them look slimmer and more delicate.

The skull of a Lhasa is also more narrow and not domed but it has a longer snout and hairy ears.  Whilst smaller, the Shih Tzu has a strong and sturdy body with a domed skull and a round face.

The most surprising difference between the breeds is in relation to their temperament and personality. If you own one of these dogs you’ll probably be able to distinguish most easily by judging personality.

The Lhasa is a Tibetan watchdog who will always be suspicious of the unknown, whether it is a person or a situation. The breed is deeply devoted to its owners, and when confronted by a stranger the dog will bark loudly in warning and won’t be ignored.

They are happy and fiercely loyal dogs but they can show a slightly aggressive side when challenged. They’re also incredibly stubborn and will often reluctantly follow commands.

Meanwhile, the Shih Tzu is a friendly, playful and affectionate dog. They will readily accept strangers making them less likely to be an effective guard dog. It is a friendly trusting dog used to playing and having fun.

Next time a stranger insists that your Lhasa Apso is a Shih Tzu and vice versa, you’ll be armed with the knowledge to dispel their doubt.

If you’re buying a new puppy, make sure you see mum and pups together. Ask to see all relevant paperwork. All that’s left is to live a happy and fulfilling life with your new best friend. 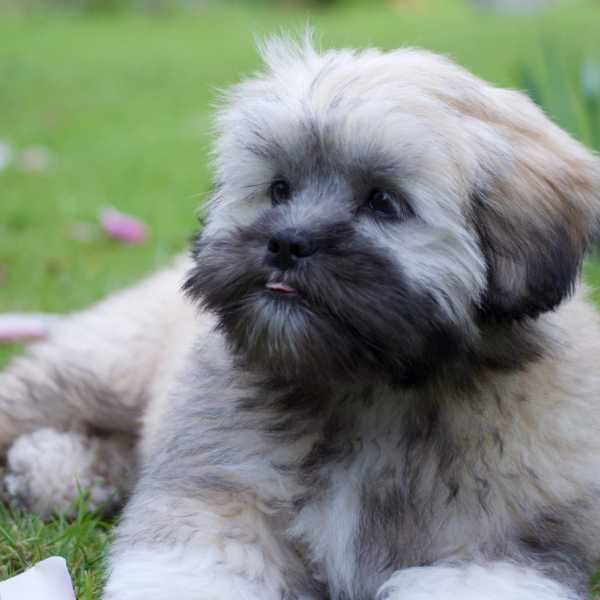 A dog’s day out at the Museum of London 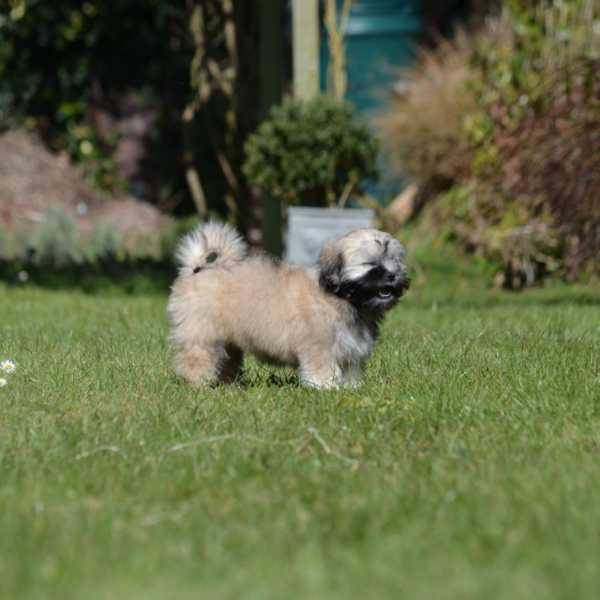