The Lhasa Apso is a fascinating breed, often stubborn but also very loyal and fun
By James 8th May 2018 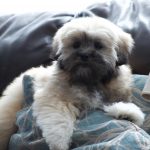 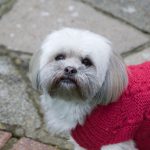