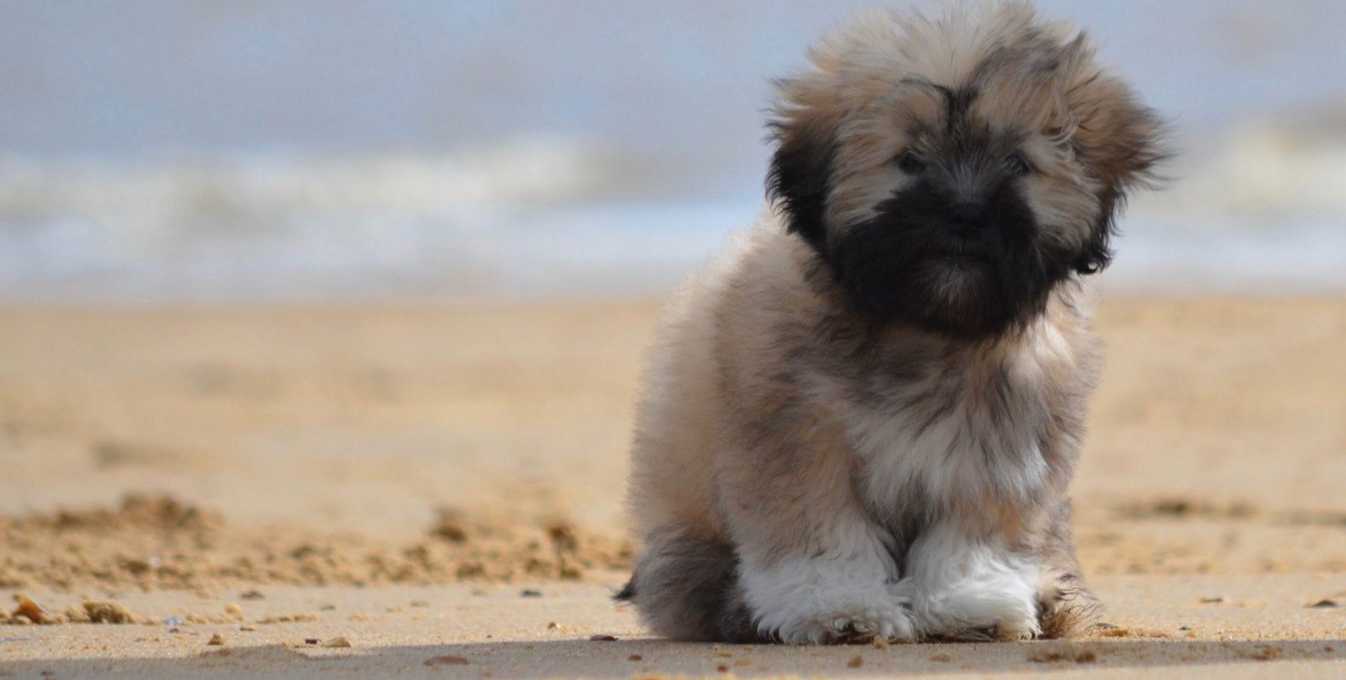 You’d be forgiven for thinking the Lhasa Apso is a cuddly lapdog with comical antics on the side. However those are not typical qualities of the Lhasa Apso. Whilst they look much like the Shih Tzu, the two breeds certainly don’t share the same personality traits.

They’re far from being the cuddly type despite their cute fluffy look. When they check themselves out in the mirror, a mighty lion is what reflects. They genuinely believe they are much bigger than they are.

Don’t be too fooled by their cuteness. Despite the small size, they carry themselves with huge confidence and regal dignity. You can always rely on a Lhasa Apso to keep it classy.

Here are the top 5 reasons why you should make your next dog a Lhasa Apso puppy.


Some consider this breed to be an easy option for the inexperienced dog owner. That said, despite its short stature and ‘butter wouldn’t melt’ look these dogs can be a bit of a challenge.

They are bred as watch dogs and because of this they can be quite aloof and stubborn. They also exert a loud, sharp alarming bark which makes them a great house guard.

The Lhasa Apso is certainly no pushover and will defend its territory at all costs! With their brimming confidence comes fierce loyalty to other members of the “pack”. You should prepare to be showered with lots of affection once in awhile.

The Lhasa Apso is well known for being very playful but calm and deliberate at the same time. They show qualities of a great watch dog as well as an extremely loyal companion dog, so they may display contrasting personality traits.

To people they know and trust, you can see they are extremely affectionate but as soon as a stranger is nearby they can become quickly defensive and suspicious. A well trained Lhasa Apso will be wary of unfamiliar experiences but quickly adapt once they realise there is no danger.

Their playful nature will often be highly comical and can bring a great deal of happiness to any family home.

3. Lhasa Apso dogs do not need a lot of exercise

As for living with Lhasa Apsos, you will discover that they don’t require a huge amount of exercise to keep them entertained.

You should certainly be careful not to overfeed a Lhasa Apso, as they can easily become overweight when there are too many treats combined with not enough exercise. However as they are fairly small dogs it usually takes just two to three short bursts of exercise per day to get them back in shape.

A Lhasa Apso would be a great dog for people who live in apartment blocks or flats. A few short daily walks will be all your dog will need.

One of the most compelling reasons to choose a Lhasa Apso is their strong mind and highly intelligent nature. A Lhasa Apso’s hearing is particularly good. They are often very stubborn and will do their best to outwit you.

Admittedly, they will be fairly reluctant to obey commands initially and will instead opt to do things ‘in their own time’. This is what makes the Lhasa Apso personality so endearing. Training with a firm and patient hand always works best to ensure your pet responds.

They’re quick learners if you put in the training time in each day (no longer than 15 minutes at a time). They appreciate attention, and will let you know if they’ve had enough of being bossed about.

Positive reinforcement and the use of treats will always be better than harsh correction, because these tough guys will probably resent you for it!

5. A Lhasa Apso will be your lifelong companion

Your Lhasa Apso will soon become your best friend and companion. They will consider it their duty to defend your family home from all possible danger.

Whether that is from birds, suspicious looking cats, or even the postman! Even though they have a short and sharp bark to alert you of their suspicions, they are generally not yappy dogs.

At least when they do make a noise you’ll know they mean business! What’s more, they’re notorious for having long lives. They can accompany you on a life journey that has the potential to last up to 20 years!

All these are reasons why we chose this breed and we really think you should choose it too! They are great dogs not only as a companion but also as a diligent watchdog.

We know that Poppy certainly takes her watch dog duty extremely seriously. Whatever you need a dog for – whether it is comfort or protection –  a Lhasa Apso will be a great choice. 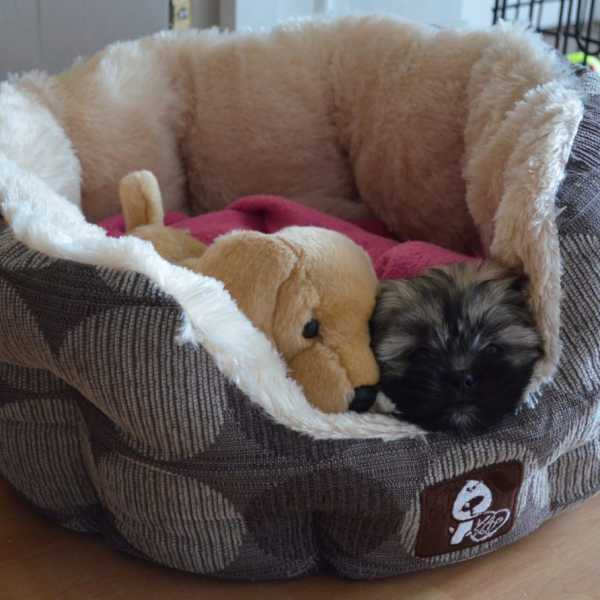 First Day with your New Puppy –What You Need to Know 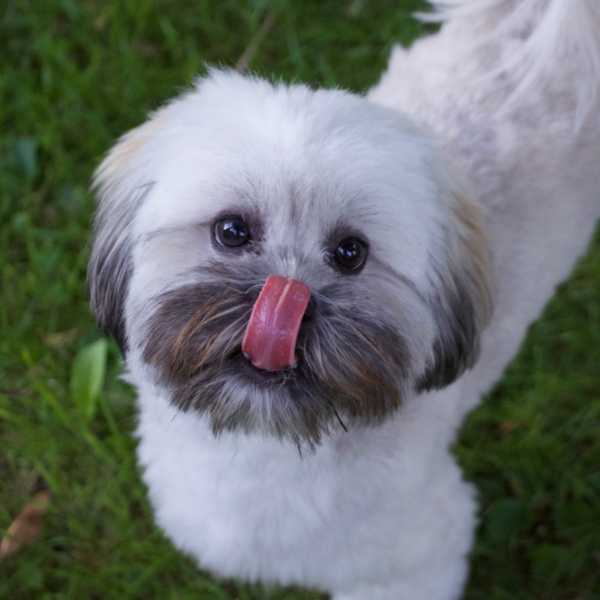 Keep these 3 foods away from your dog 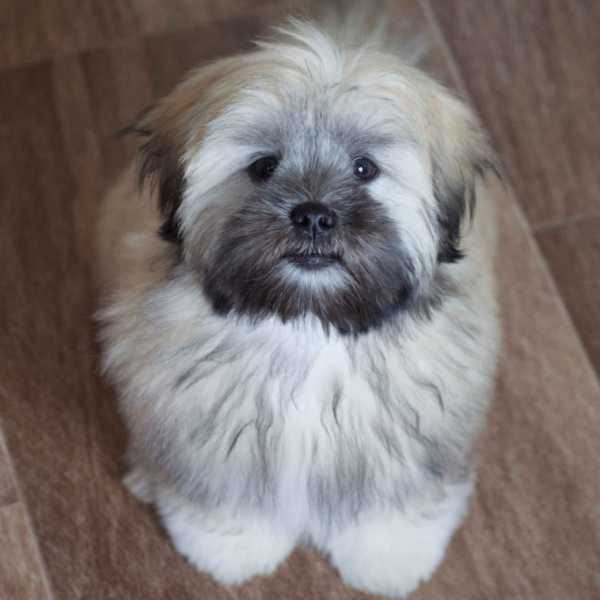