The world of dreams and the subconscious mind is a fascinating one, and not just when it comes to humans.

Have you ever watched your dog sleeping and wondered what she’s dreaming about? Her legs start to twitch, she might move her legs as if she’s trying to run, she may whimper, breathe rapidly and even growl, but what’s going on in her mind?

Dogs are one of the most beloved animals in the world, and it would be fascinating to know what’s going on in their heads as they snooze. It would be great to ask if they slept well and hear about a weird dream they had! While there’s no way of truly knowing what dogs dream about, there is evidence to support the idea that our canine friends do experience dreams.

Do dogs dream the same way as humans?

Researchers using an electroencephalogram (EEG) have looked at dogs’ brain wave activity as they sleep. This research found that dogs’ sleep patterns and brain wave activity are similar to that of humans. When dogs first go to sleep, they enter a deep sleep stage. During this time, they experience rapid eye movements (REM), and their breathing becomes more irregular. It’s during this deep sleep that dreaming and involuntary movements occur.

What happens in dogs’ dreams?

Sadly, dogs can’t tell us about their dreams, so we can only guess. Dogs most likely dream similarly to humans in that their dreams replay their everyday activities. While our dreams may reflect our workday, cooking our favorite meals, meeting with friends and traveling to places we think we recognize but can’t be sure, dogs’ dreams likely include playing, running, chasing, and eating.

While most human dreams tend to be fairly innocuous, with a few bizarre details at worst, we also experience nightmares. Given that dogs’ brain waves work similarly to ours when we sleep, it’s likely that they also experience nightmares. Has your dog ever woken you in the night looking for comfort? It’s reasonable to think that they may have just woken from a nightmare or unsettling dream.

I woke my dog when they were having a nightmare, and they growled. Why?

After waking up after a scary dream, it can take a minute to remember where you are and who you’re with. Just like some people, dogs may be momentarily disoriented. If you want to wake them when they’re whining in a dream, make sure you do so with your voice or with a gentle shake at arm’s length.

Do all dogs dream the same way?

Small dogs generally dream more frequently, but their dreams are shorter in duration. Bigger dogs tend to have fewer, longer dreams. Puppies and older dogs also typically move around more in their sleep. This is because the “pons” (part of the brainstem that controls sleep cycles and inhibits the large muscles from moving during sleep) may be undeveloped or inefficient. This happens in the same way that infants or older adults may be inclined to move around more during sleep.

It’s also likely that a dog’s daily activities determine his dreams. For example, it’s likely that typical guard dogs like Dobermans may dream about protecting their families, while Labrador Retrievers are more likely to dream about fetching sticks and chasing a squirrel up a tree!

Until the day we learn how to translate barks into human language, all we can do is surmise what we think dogs think and dream about. For now, we’ll have to settle for imagining their thoughts as their little paws twitch and they grumble and whimper. Maybe it’s the classic rabbit dream, maybe he’s imagining his next delicious treat, or maybe he’s dreaming of running around a nice, open space. Who knows? 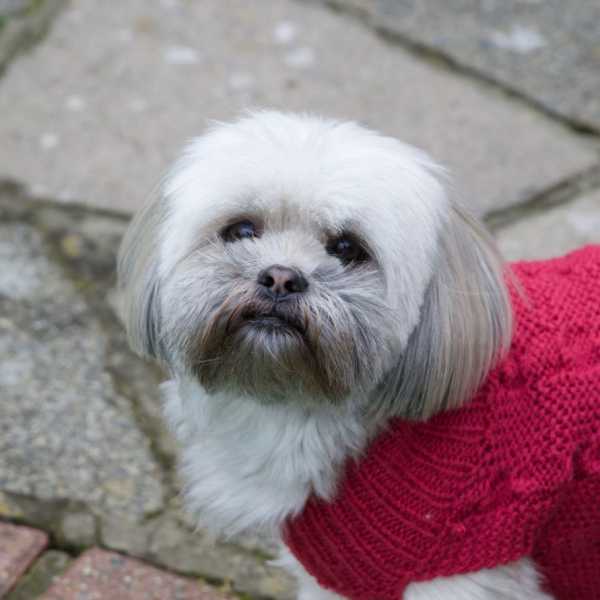 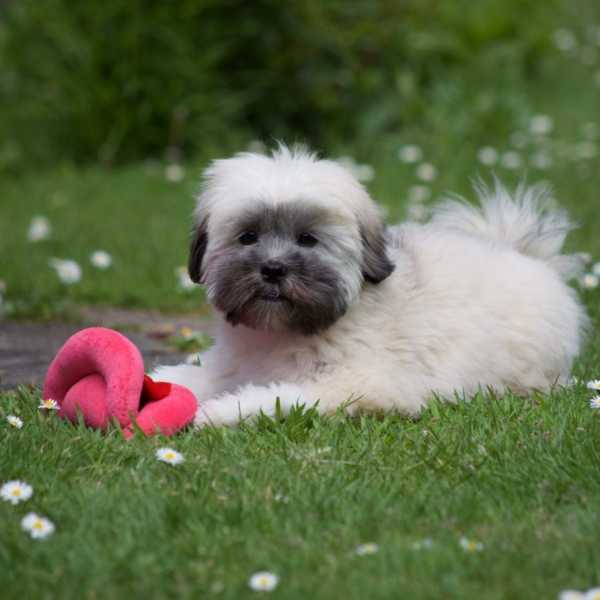