After last week’s story about the Little White Cottage, today I’ll tell you a different tale. It concerns a little bit of daring and a great deal of loyalty. It happened at the beginning of June on a nice summer’s day. I had been in the garden looking after my growing pile of sticks when my mum called me indoors. It was very warm and I was getting lost in all the tall grassy plants. No one could see me. My hiding place was perfect. If dad had seen me, I would have been really told off but I was too clever for him.

Mum was calling my name and shaking a big bag of treats. The trick is to not react straight away. I’m a Lhasa Apso! We obey commands, but make it look like it was our idea. So, once I had decided I wanted to go back inside and collect a well deserved treat, I ran up the garden to meet her. There was something else though. I could see the car harness. We were heading somewhere…

Having had the cheek to organise a surprise car trip during my siesta time, I was now in a foul mood. They put me in the red car and we were off. I didn’t care where at this point. It was only once I realised where we were that all was forgiven. I leapt out of the car and after a short walk down the slopes, there it was. My place of freedom. My favourite place in the whole world.

The golden lands seemed to go on and on forever. The water was dazzling in the sun and the waves crashing against the shore. We were at the beach. Dad removed my lead and I was free! It was early morning so I had the whole place all to myself. Perfect. I exploded into action, racing across the sand. After The Rescue at Sea, I was a bit scared of the water so I thought I’d stick to the dry bits!

Looking up, I spotted one of my friends in the distance and raced towards him. It was Barney, a little Jack Russell terrier playing in the sand with a ball. My dad was calling me back but I was at full throttle and not listening to anyone. I’m a Lhasa Apso. I make the decisions around here!

A Friend in need

As I got closer I heard some barking and saw another dog snarling at poor Barney. Barney’s human was standing between them to stop the little scrap but the barking just got louder. The snarling dog was much bigger and stronger, suddenly launching an attack. It all happened very quickly.

I was angry but frightened as I moved towards them. I used my special bark which was really scary to anyone hearing it. Both dogs just ignored me. I moved closer still and barked again. That did the trick. I had another idea though. I’ll steal the ball to break up the fight! Like a bolt of lightning I sneaked in and grabbed the ball. I darted off with it towards the shore! I can tell you I don’t usually steal other dog’s toys but this had to be an exception. After running a safe distance, I turned to look at the scene of the argument. Both Barney and the bigger dog just stared back in utter shock.

My victory was short lived. Suddenly the bigger dog, with a glint in its eye, started racing towards me. At least he would leave Barney alone now, but I had to find my own escape.  I ran out of room and found myself backed into a corner against a wall which was too high for a little Lhasa Apso puppy like me to jump over.

He was now close and paced toward me slowly. I started to shake. I knew I had to get away but I was trapped. There were no humans nearby and my time was just about up.  I offered his ball back, but he just growled some more. Suddenly he lunged forward. Time seemed to stand still after that. A shadow passed over my head and a blast of air almost knocked me off my paws.

Please read my story next week to see what happened next. 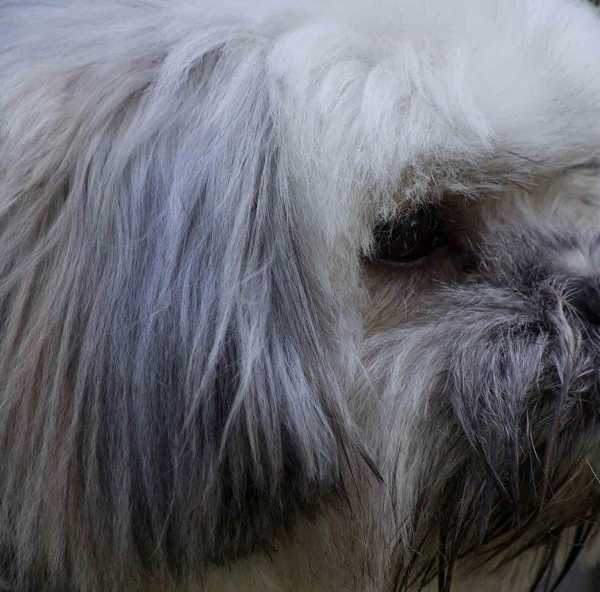 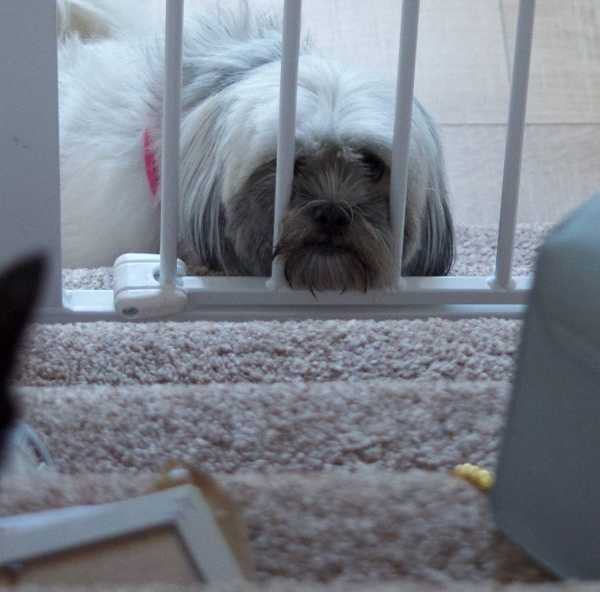 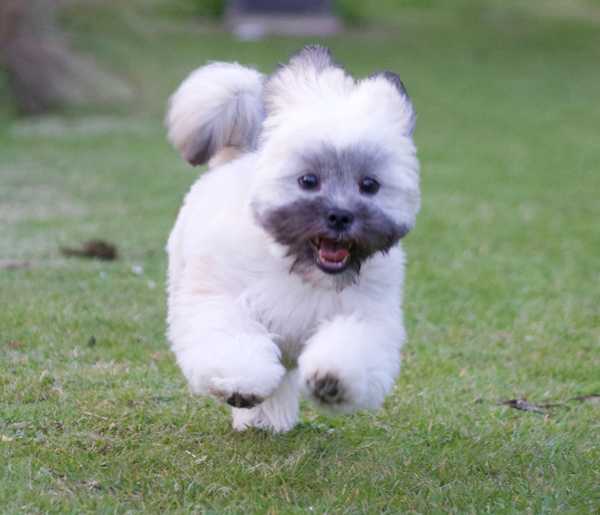