Late one afternoon, I was perfecting my stair climbing technique which I had only just mastered. This was a very important step forward for me because when combined with my other new skills such as jumping onto the settee and leaping on mum and dad’s bed, the whole house was now open for business. I could now go anywhere I wanted. However, with my incredibly sharp Lhasa Apso senses I knew that something was going on.

It all started when my mum put loads of clothes and other stuff into two big rectangular bags. What’s she up to? At first I thought it was a game. They throw in a sock or two and I go in and take them out again. I could play that game all day. Turns out it was no game! We were going on holiday. Holiday?! Lhasa Apsos don’t take holidays! I’m a guard dog and defending my home is a full time job. Who’s going to keep the cats out of my garden? I may be a stubborn Lhasa but I’m also easily persuaded when it comes to food and walks. With the promise of lots of walks and treats I reluctantly accepted that I would have to go on this holiday.

The next day, all the bags were loaded into the red car and we were off to a mystery location. Wherever we were going it must have been a long way from home because we were in the red car for ages. Naturally, I dozed off for most of the journey as I get grumpy without my beauty sleep. Suddenly, I was woken as the car shuddered to a halt. I looked out of the car window and from what I could tell this was going to be a very interesting couple of weeks.

There were two lovely little houses down a long bumpy road. That was where we would be staying. On the first day at our little house, I decided to explore the garden and strolled out of the back door. Mum and dad had unpacked the bags and were in the front room eating cake and drinking tea. Yes. I do know what tea is. Dad put some in my bowl once but I wouldn’t drink it. Urgh! It was quiet in the holiday garden which had a lot of trees and bushes just like my garden at home. The problem is… this wasn’t my garden at home! All I could think about was my patch of land back home being completely unguarded. Talk about unsettling!

Anyway, at the far end of this holiday garden there was a wooden fence. Behind that were rows and rows of fields that seemed to go on forever. It took me a couple of days to check everything out. The house next door was very quiet and I don’t think that anyone lived there. Mum and dad took me out for long walks every day and I was allowed to be off the lead every so often. I think this place will be suitable, as long as we don’t stay too long. What if the cats take over my garden back home?

On the fourth day, I heard noises next door and spotted some humans moving in. They were accompanied by a small dog. I found out later that the dog’s name was Lewie and he was a fox terrier. That evening I met Lewie for the first time at the garden fence and we had a chat the way that all dogs do. I remember thinking that this dog was trouble. Five minutes later, Lewie was in our garden having found a small gap in the fence. This was a naughty dog! I’ll admit that I’m naughty. But I’m also a Lhasa Apso and we’re tactful.

During the day, mum had secured a rope between two posts in the garden. She then hung out some wet clothes which she attached to the rope with little pegs. On one of these posts the rope was hanging down. Mum went indoors. I watched in horror as Lewie bit the end of this rope and tried to run away with it. Mum wasn’t very good at tying things up because all of a sudden the rope came away from the post. All the washing crashed down onto the garden path. I jumped to the rescue and bit onto the rope to hold it steady just as mum reappeared at the back door. I turned toward Lewie but he was staring at me very cheekily from his own side of the fence leaving me to take all the blame. He really is trouble, I thought again.

Being on my guard

Of course, mum was very cross and told me off quite a lot. No treats for me on this occasion. It all turned out all right though and I was quickly forgiven. I realised I would have to be one step ahead of Lewie in future if I wanted to keep out of trouble. That dog was bad news.  More about my holiday and Lewie next week. 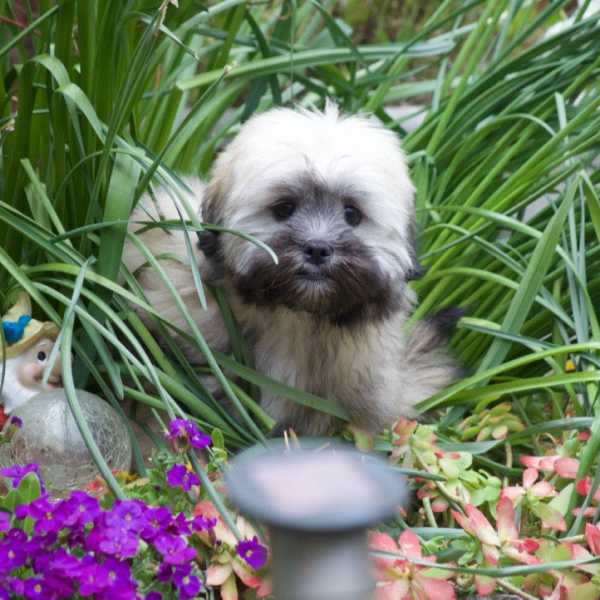 Creature in the Woods 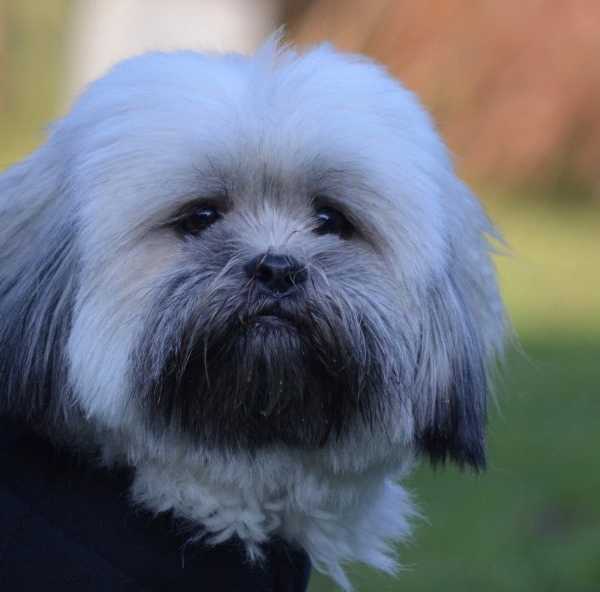