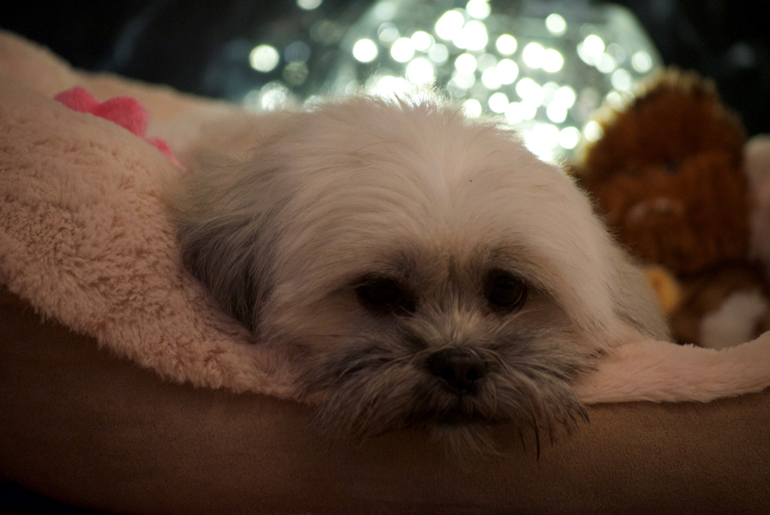 It was the middle of December and very cold. During the night, snow had fallen and the garden was now covered in a huge white blanket.  I watched the snow from the warmth and safety of the patio door which gave me a perfect view of our garden and the surrounding countryside. The wind was strong and every now and then some object or other flew across the patio and over the wooden fence.

In the beginning there was snow…

Of course, I am a Lhasa Apso and consider myself well equipped to cope with a little bit of winter weather. After all, I have thick fur which protects me from the worst of it but I also have a lovely pink coat for added protection. However, I was in no hurry to go outside today. The snow is usually pretty to look at but wet and cold too! As much as I am prepared for it, I don’t particularly like it. Most of the animals from the garden don’t like it either because I never see them at this time of year. I miss them all a lot.

Just as I was about to return to the sofa to spend some time with mum,  I noticed something in the flowerbed just beneath the garden hedge.  It looked like a very small basket made of twigs and other things.  Inside the basket were some little birds making quite a lot of noise. The sound of these  birds was beginning to attract the wrong sort of attention.

Watch out for predators!

A large ginger tomcat was moving down the path towards them. I needed to get help quickly. I ran into the front room and barked at dad. He was watching the television so I barked again and then ran back to the patio door.  The cat hadn’t seen the birds yet but it was only a matter of time. The bird noise was quite high pitched and I know from my feline friend Trixie that cats easily pick up these sounds. Dad hadn’t moved yet so I needed another plan. This time, I jumped straight onto his lap and barked very loudly in his ear. That got his attention!

As soon as dad spotted the nest on the patio, he sprang into action. It was really just in the nick of time because the ginger tom had also spotted the stranded birds. As dad picked up the nest, I had words with the cat. This is my garden and I say what happens in it. Old ginge wasn’t very happy about that but he didn’t give me any trouble either and sauntered off down the path muttering to himself.

Will it be a White Christmas?

Meanwhile, Dad had found the place in the hedge where the nest belonged and secured it firmly in place. He told me that the robin’s nest blew to the ground in the wind. With any luck the parents would be home soon to look after their fledglings. Back indoors, I received a tasty treat for my actions. It’s not every day you save baby birds! I found my place on the sofa and snuggled up on a soft cushion. The snow continued to fall all day and by the evening it was quite deep. I wonder if it will snow on Christmas Day. 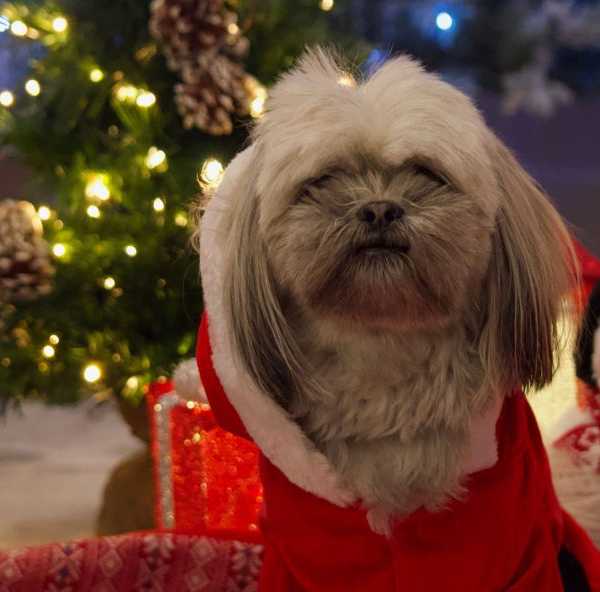 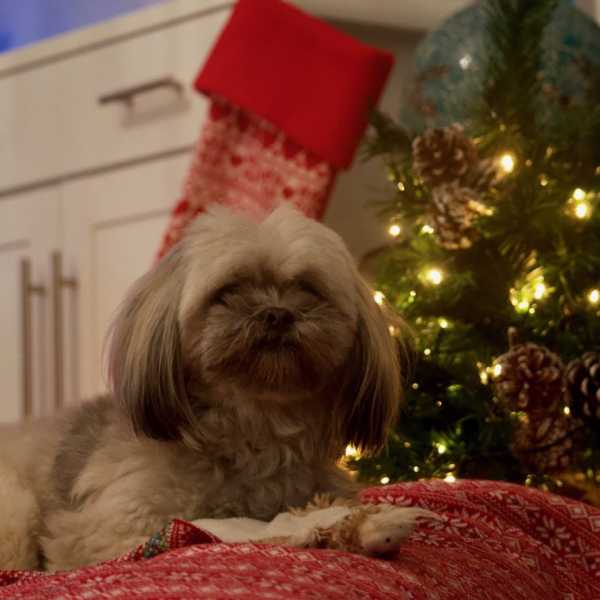 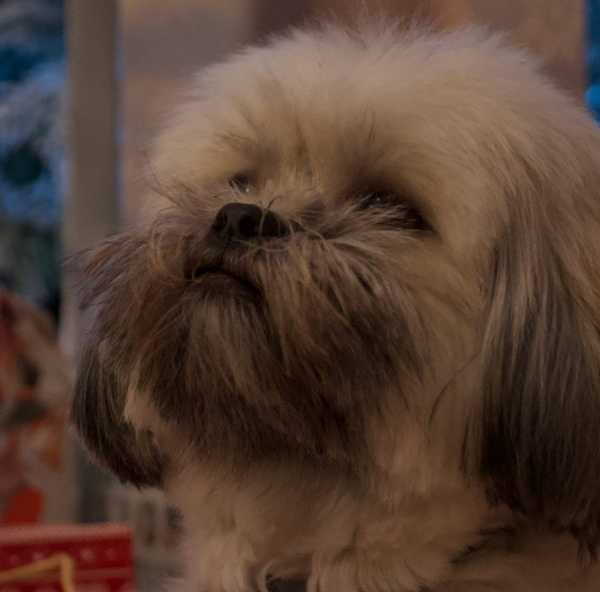